Cora- An urban fantasy YA essay 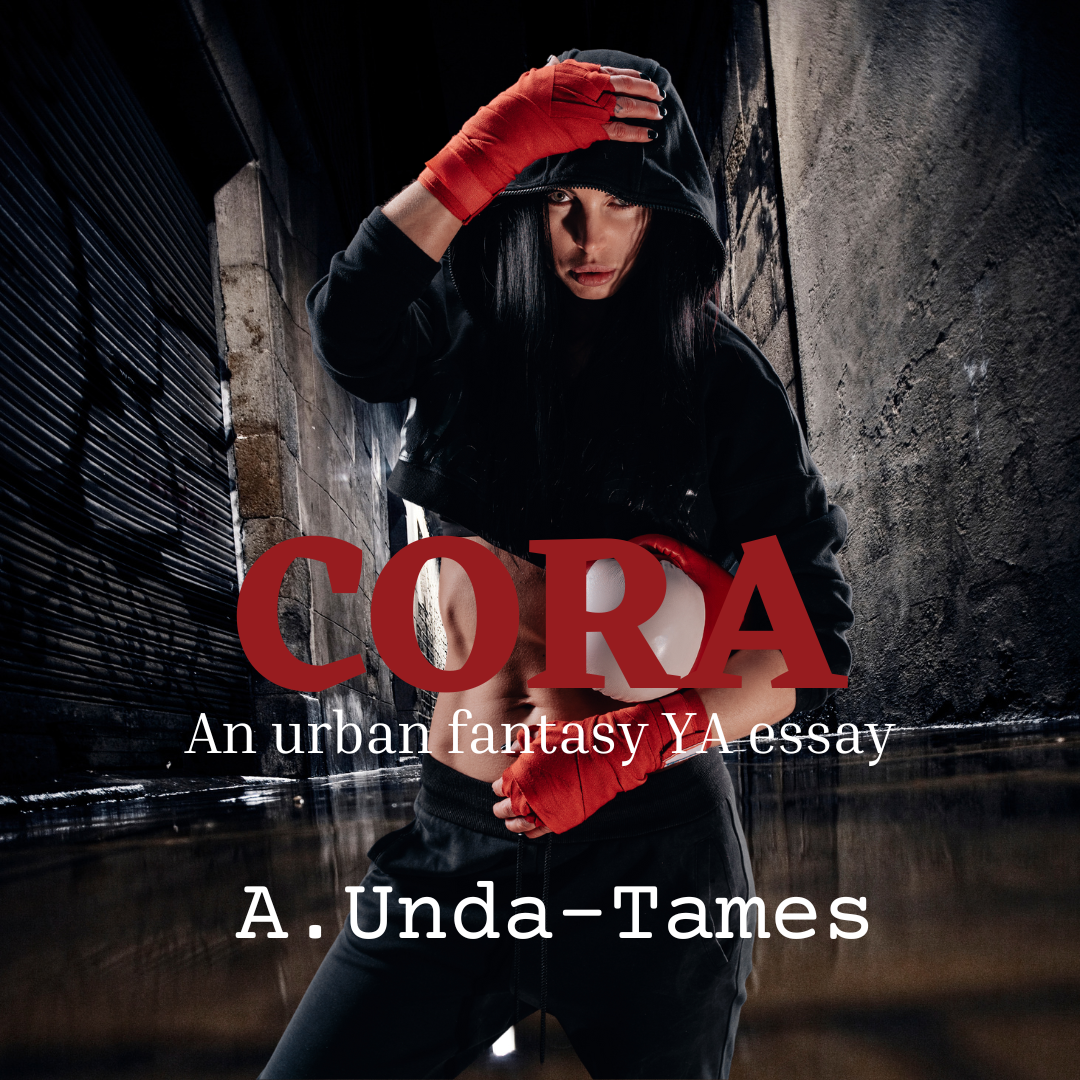 Sixteen year old Cora knew she was gifted. She felt it, but had never been able to summon it.  Ever since she was a little girl, she knew there was something different about her, but couldn’t quite place or explain it, so she never told anyone about it. No one in her family was gifted, with special powers I mean, they were all gifted in a different way...

Both her parents were martial arts experts, handed down and taught generation after generation. Flawless in the use of sword fighting and lethal with their hands and legs. Battles were part of their everyday life, as keepers of peace, KOP, they were called upon constantly. There were eleven KOPs in all that guarded the city. Although magic and “gifts” used to be part of their world, no one had not come across it for decades, ever since prince Galus killed his own father, the king, and took over the throne. He then contained all of the  magic within his throne, kidnapping everyone  who possessed  a gift, leaving the city defenseless and without it. The only thing that remained for their protection, was their superior fighting skills. Those could never be taken , it had been imprinted in their bloodline as a gift centuries ago.

Now, kneeling in front of her mother’s body, in the dark alley,  rain poured down on her, trying to wash away the pain and rage she felt run through her body. It was the first time she felt it. Not the pain, pain she knew, but the tingling sensation that ran deep in her core and out through her fingertips. It was as if it was being fed by the rage she felt for the very first time.

She had always been trained to control her emotions. She was taught that they only got in your way when in battle, they casted a veil that  blurred your eyesight and paralyzed  you from strategy, and then, only useless impulsive action took over.

As much as Cora wanted the rain to wash her feelings away, it didn’t. On the contrary, it was feeding her, nourishing that seed inside of her, helping it grow stronger. The motionless body of her mother laying there in the dark alley was even worse than what she ever imagined. Her mother’s dark black leather suit was now stained with blood, and it began to pool around her. Slowly, it  traveled down the slanted angle of the pavement she was lying on, finally dripping into the drain, probably landing on top of at least one of the thousands of rats that lived down there.

Cora was still not strong enough to be able to move and pull herself away from her mother’s body, until a  noise from the metallic trash cans hidden in the corner of the alley startled her, making her jump up and stand on guard as she had been taught so many times before during the years. A large dark shadow that reflected on the brick wall quickly passed, making a slick black cat shriek,  jumping onto the top of the fence and ran away distracting Cora momentarily. The shadow appeared again as he swiftly passed next to her like a gust of wind, turning for an instant  towards Cora looking straight into her eyes. The moonlight reflected on its eyes making them glow in the night and then, it simply vanished.

She was still standing there, elbows slightly bent fists curled up on guard, simply waiting for what was to come next. At that moment, she realized she was very cold and would not be able to move as quickly as she normally did as the pouring rain made her teeth chatter. A lightning bolt lit the dark sky, outlining the scattered clouds as well as the body on the ground.  She looked up, and felt something growing inside of her, choking her. She felt it, eating her up and she wanted to rip it out of her body. Without thinking twice, she looked up again and let out a scream that was deafened out by the sound of  thunder. She was slightly relieved, but the feeling of being choked was building inside of her once more. Tears now poured down her cheeks in harmony with the falling rain. She tilted her  head back almost arching and with her chest towards the sky, she let out a  piercing painful scream only to be answered from the Gods above with the power of a thousand volts hitting her right on the source of where she felt the pain. Right in her heart.

subscribe here to receive once a month book giveaways, tools on becoming a sensual warrior in your life and more fun stuff!